MIDWEST- Dear Santa, It’s been a while since I asked you for anything, due to me being a grown up, but this year I got a special request.  I’m not going to ask you to convert everyone to be vegan or even plant-based.  I’d like to ask if you could speak with legislature about amending ag-gag laws.  Pass this along to the Easter Bunny too, we could use all the help we can get.

“There’s almond milk and Larry & Lenny’s cookies in it for you!” This is an affiliate Santa, no pressure to purchase.

What’s an ag-gag law? Well you could probably figure that out by the title, but here you go anyway.

Ag-gag laws are anti-whistleblower laws that apply within the agriculture industry. Popularized by Mark Bittman in an April 2011 New York Times column (but used long before then by advocates), the term ag-gag typically refers to state laws that forbid the act of undercover filming or photography of activity on farms without the consent of their owner—particularly targeting whistleblowers of animal rights abuses at these facilities. These laws originated in the United States, but have also begun to appear elsewhere, such as in Australia and France. Some of these laws, such as the failed proposal in Pennsylvania, have a wider scope and could be used to criminalize actions by activists in other industries

Ag-gag laws are also troublesome because they do not reflect the public’s will. Polls consistently show that the majority of Americans favor humane treatment of farm animals. A 2012 poll conducted for ASPCA by Lake Research revealed that 94% of the general American public agrees that “from every step of their lives on a farm—from birth to slaughter—farm animals should be treated in a way that inflicts the least amount of pain and suffering possible.” The same poll also revealed that 71% of American adults support undercover investigative efforts to expose farm animal abuse on industrial farms, and that 64% oppose making such investigations illegal.

“Maybe if there was more transparency, some may contemplate a vegan lifestyle.  You see, I could have asked for everyone to be vegan, but this way seems most logical.”

Are there Ag-gag laws in every state?

Twenty-five states have attempted to pass modern-day ag-gag laws, and six of those states have succeeded. The states that have passed ag-gag laws are (in chronological order), Iowa Utah, Missouri, Idaho, Wyoming, and North Carolina. The first five impose criminal penalties, while North Carolina’s is the first ag-gag law in the nation to impose a civil sanction.

Utah and Idaho’s ag-gag laws were challenged in court on the grounds that they are unconstitutional. Idaho’s law was struck down by the United States District Court in 2015 as a violation of free speech and equal protection. A decision in the Utah court is pending.

So Santa, what do you say?  Oh, if you could throw in a new generator too, that would be great! We got this climate change thing going on as well, maybe I’ll ask for help with that next year, but we’re kind of running out of time with that too.

fyi… Remember that Dukes of Hazard game you gave me when I was a kid?  The cars were missing! 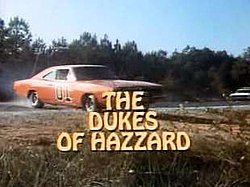