If someone or something disappears or vanishes into thin air, they disappear completely and nobody knows where they have gone.  So when the engineers from Air Protein, just packed up and vanished into thin air one night, we now know what their agenda was.

Air Protein, a new company-claims to be able to make a meat-replacement powder out of air, water and minerals. 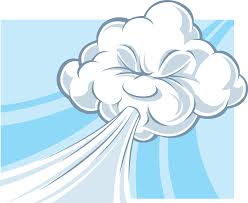 Wow,  crazy right?  If only Michael Jordan could have got a hold of this information back when he was jumping from the free throw line? He may have been promoting the Air Burger instead of the Big Mac!

The Berkeley, Calif.-based business announced their futuristic creation Tuesday, saying the substance will be able to mimic meat products including chicken and beef, but will be more sustainable than current agricultural practices.

By 2050, the world’s population is estimated to hit 10 billion. Food production will need to increase by 70 percent. Traditional farming won’t be able to keep up.

The animal agriculture sector, the single largest anthropogenic user of land, contributing to soil degradation, dwindling water supplies, and air pollution.* According to the Food and Agriculture Organization (FAO) of the United Nations (UN), the animal agriculture sector is responsible for approximately 18%, or nearly one-fifth, of human-induced greenhouse gas (GHG) emissions, more than all of transportation combined. Animal agriculture currently has a critical dependence on arable land, unfortunately resulting in fires in the Amazon, deforestation across valuable rain forests, and the loss of biodiversity in our most precious natural resources. With our population expected to grow to 10B by 2050, experts predict farmers will need to increase food production by 70% with only 5% land increase.

Air Protein is one of the latest high-tech foods scientists are rolling out as meat replacements — others, such as the Impossible Burgers and Beyond Meat.

The head-scratching concept was inspired by NASA. The idea, first explored in the 1960s, involved using the carbon dioxide exhaled by astronauts to help convert microorganisms into food, the company says.

The technology to produce the protein found in air-based meat allows for protein to be made in a matter of days instead of months, and independently of weather conditions or seasons. The process is similar to making yogurt or beer and requires just a tiny fraction of the land used in traditional meat production.

Air Protein’s process will work similarly to how yogurt is made, in large fermentation chambers. It will combine carbon dioxide with naturally-occurring microbes and their secret blend of minerals. They claim Air Protein to be an answer to the impending climate crisis — a plant-based diet is one of the major changes scientists say the average person can make to address the crisis.

Related:Climate Change: What can I do today?

They have not specified if their technology is readily available.

reference: This article originally appeared on the New York Post.