When we look for trends that have some validity to them, we seem to either “follow the money” or listen to prominent people, who’s opinion is valued.  So, I’m not exactly saying that billionaire Richard Branson is one of them, just saying that he’s worth 4 billion dollars for a reason, so he may have an understanding of business and what’s trending up. 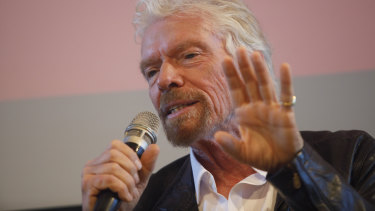 Branson posted on social media after sampling clean meat products from Memphis Meats. In an article published on his Virgin blog page, as linked below, Branson states; “Meat production has not changed in 10, 000 years. It’s time that changed.”

The article titled “Tasting the Clean Meat of the Future” was published on his Virgin blog page, which on Saturday was posted on LinkedIn with the comment, “In the next few decades I believe that clean and plant-based meat will become the norm and animals will no longer need to be killed en masse for food.”

In the article, Branson describes his meeting with Memphis Meats, and gives his thought about the future of meat, adding “I’m sure future generations will look back and be shocked at our currently accepted meat production methods.”

Plantbase Ground “Not” Beef at Amazon

The multi billionaire has invested in the Berkeley, California clean meat producer, and notes that, “Tyson Foods, one of the world’s largest meat companies, are fellow investors, alongside Bill Gates and Cargill – the second-largest beef producer in the world – and many others.”

Branson goes on to point out the benefits in terms of sustainability, adding that a $1 trillion is currently spent each year on meat products, with demand set to double over the next decades. “Clean meat is not the only solution. Plant-based proteins that taste as good if not better than meat are already widely available – you may have seen them in your favorite restaurant or even supermarket aisles.